It has proved difficult for female musicians to make a major breakthrough without a bit of controversy.

For Vimbai Zimuto, it was her nude art that caught the attention of the country, even though she had spent years producing good music.

Musician Pauline Gundidza was in court recently alleging that Tafadzwa Muzondo, a prominent theatre practitioner, had upset her.

With a bit of raunchy dancing on the stage and sharing provocative, sexually suggestive images on social media, Kikky BadAss earned her mark.

Massive attention is paid to promoters, producers and even radio hosts who are asking for sexual favors to push one’s brand forward.

Zimuto has admitted that even the famous people in the country have been pestered for sex.

“You’re going to be surprised how many men come to my Facebook inbox, pestering me for sex, some even offering to pay large sums of money,” she said.

Kikky BadAss also confesses to having been asked for sexual favours.

“I was indirectly told that to get on top I had to offer sexual favours,” she said.

“In a male-dominated industry, it’s hard for us female rappers, because people look more at how you look and dress than your music,” she said.

“Then there are those who want to have sex with you first before they can push your brand. We need professionals working with us, not sex mongers, who are always after the exploitation of women.” 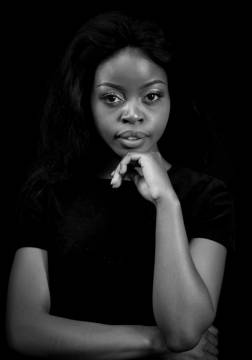 Dianah Annah has been in the music industry for close to a year, a time during which she released four songs that hit local airwaves.

She, however, finds it hard to get performance space.

“The female musicians should also have more opportunities as much as they are offered to males,” she said.

Kikky BadAss said there was a need to educate society as the problem was widespread.

“I don’t know-how in our industry we can get rid of this, because we live in a patriarchal society. But, by educating younger generations on how to respect women, we can mitigate this by changing their perception of women,” she said.