This Is What Android 10 Would Have Been Called 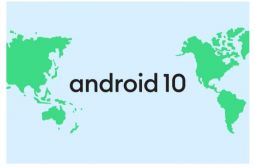 During the latest episode of the All About Android podcast this week, Vice President of Android engineering, Dave Burke, and software engineer, Dan Sandler, set the record straight about why the company ditched dessert names for upcoming Android releases.

The two guys also spoke at length about a number of different subjects, including gesture navigation, Easter Eggs and more features coming up.

One of the more interesting things revealed by the two are the two dessert names that were being considered as the next official names of Android 10. According to the duo, the latest version of Android is still being referred to as Quince Tart internally within Google, but it was set to be called Queen Cake commercially before the company decided to pull down the curtain on the fun naming convention. You can watch the podcast here:

In case you don’t know it already, alongside the ‘Android 10’ name , Google this also revealed a new Android logo that includes only the head, and not the body, of the iconic, green android that had become the face (and body) of Android over the past years.

The post This Is What Android 10 Would Have Been Called appeared first on Techzim.